Belgium as the center of Europe

Belgium is at the center of the EU. It is not only the geographic center of the EU, but also the political center – In Brussels, where the European Commission, the European Parliament, the Council of Ministers, and other EU institutions are headquartered. Antwerp has the second largest port in Europe and a sophisticated highway network, laying the foundations for industry and commerce.
In addition, since it is a multilingual region, the country has high-quality human resources needed for international business operations. For this reason, it is attractive as a control tower and distribution hub for developing business in Europe, and thus far many foreign-affiliated companies have entered the market. 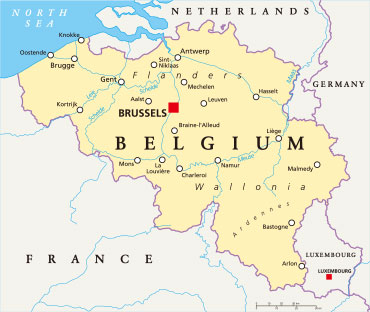 Flanders is located in the center of the Blue Bananas, a major economic zone where approximately 60% of the European market’s buyers are concentrated. Large cities such as London, Frankfurt and Paris are scattered around the 500-kilometer radius of Flanders, making it accessible to countries in a short period of time using airplanes, railways and highways. From this ideal geographical location, a variety of automotive, chemical, steel, and other companies have established production and distribution bases in various parts of the country, and this industrial cluster is further enhancing the attractiveness of Flanders. 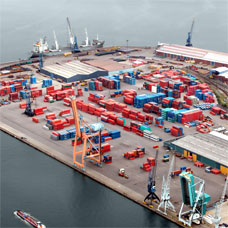 For transportation to various parts of Europe, the country is able to use its extensive logistics infrastructure. In addition to the four European gateways such as Antwerp, Seebruge, Gent, and Ostendo, there are 11 inland ports in the province, with Brussels and Ostens available for air transportation. The inland transportation networks of roads, railways, canals, etc. running in the provinces are as dense as those of the Netherlands, making freight transportation extremely convenient.
In addition to its geographic location at the heart of Europe, its highly developed transport infrastructure enables rapid delivery throughout Europe.

In terms of employment, companies have high level education and are able to secure human resources who can flexibly respond to different cultures. In Flanders, where major European languages such as Dutch, German and French intersect, many people are capable of multiple languages.
Companies in Flanders will be able to smoothly develop their businesses in a multilingual business environment in Europe by utilizing human resources.
Reference: 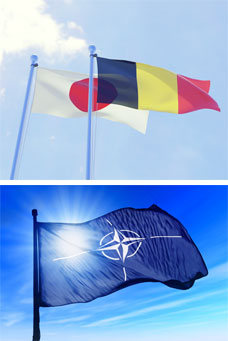 [Introduction]
Brussels is Belgium’s largest city. The population is 1.21 million (2018). The city is beautiful and inscribed on the World Heritage List. It is also called “Small Paris.”
[EU Capital]
Many European Union organizations are located in Brussels because their predecessor, the Headquarters of the European Atomic Community and many facilities of the European Economic Community, were located in Brussels.
The NATO headquarters are also located in Brussels.
[Economy]
Brussels is the second largest industrial center in Belgium after Antwerp. Brussels places particular emphasis on high-tech industries. 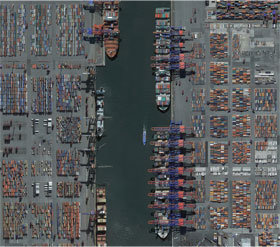 Antwerp’s seaports communicate with the European Inland Waterway Network through inland canals. The port of Antwerp is characterized by excellent access to inland waterways, roads, and railways from ports.
Antwerp (Flanders state), Belgium’s second-largest city, is the capital of Baroque Art that created the 17th century painter Rubens. It is a historical port town with architectural structures such as cathedrals and churches and old streets. The port of Antwerp is located at the mouth of the Suherde River.
Antwerp Port is one of Europe’s leading ports. It is an excellent network linking major EU cities and plays a role as a distribution hub.
It is also the producer of petrochemical products. In the harbor, multinational chemical companies such as Bayer, Monsanto, and Nippon Catalyst have production bases. Opel also has a plant that produces 300,000 cars a year.