Malaysia, where market expansion continues due to population growth

Malaysia, like Singapore, where overseas companies have base, is located almost in the center of ASEAN and borders Thailand, Indonesia, Brunei and Singapore.
The economy is growing at a stable rate of around 5%. Population growth is also remarkable, in contrast to Japan’s aging and declining population. Malaysia is expected to have a small elderly population and a large productive age population until 2040. In this way, Malaysia is now attracting big attention as a consumer market. 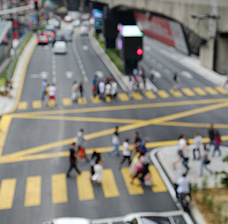 Unlike other developing countries, Kuala Lumpur and other major cities in Malaysia have stable infrastructures, such as public transportation, water, telephones, and Internet. Since it was originally a British colony, the country has a solid legal system that follows English law (common law) as practiced in Britain.
In addition, Malaysia has few restrictions on foreign investment and is actively attracting foreign companies. Political stability is one of the factors that make Malaysia an ideal country for doing business.

As a result of the Look East policy advocated by Prime Minister Mahathir in 1981, Japanese companies in Malaysia have a high level of understanding, and Malaysians are very pro-Japan. In this country, being a Japanese can be an advantage in smoothly advancing business, because Malaysians have a firm understanding of the mentality and morality of Japanese people.